The legendary Chicago blues guitarist,has died from complications due to a stroke at the age of 84.

Otis Rush,..one of the pioneering guitarists of the Chicago blues scene,died Saturday from complications from a stroke he suffered in 2003. He was 84.

Rush’s first recording in 1956 on Cobra Records ”I Can’t Quit You Baby” reached Number on the Billboard R&B Charts and catapulted him to international acclaim.
He went on to record a catalog of music that contains many songs,that are now considered blues classics.”

Rush became a staple of the Chicago scene in the late Fifties and early Sixties,partnering first with Cobra Records,which was also home to artists like Magic Sam and Buddy Guy.
Their take on the blues would prove to be a revelation for a generation of artists to follow.

While Rush would become a totem for countless rock guitarists (he was placed at Number 53 on Rolling Stone‘s list of the 100 Greatest Guitarists).

Notably,Rush’s signature style – long,dramatically bent notes – was in part a product of his unique playing approach:
A left-handed guitarist who played his guitar upside-down, placing the low E string at the bottom and the high E string on top.

In 1968,..Mike Bloomfield summed up Rush’s influence,telling  Rolling Stone that in Chicago, “the rules had been laid down” for young,white blues bands:
“You had to be as good as Otis Rush.”

Rush was born in Philadelphia,Mississippi in 1935 and began teaching himself the guitar at age eight.
He moved to Chicago in 1949 and was inspired to pursue music full time after seeing Muddy Waters live.
In 1956,Rush released his first, and most successful single on Cobra, “I Can’t Quit You Baby.”
Along with its chart success,Led Zeppelin famously covered the cut on their 1969 debut.

During his Cobra years,Rush recorded with a revolving cast of musicians that included Ike Turner,Big Walter Horton,Little Walter and Little Brother Montgomery.
His output also featured classic cuts such as “My Love Will Never Die,” “All Your Love (I Miss Loving)” (later covered by John Mayall) and “Double Trouble” (Stevie Ray Vaughn later named his band after that track).

After Cobra went bankrupt,Rush released a pair of singles on Chess before moving to Duke Records in the early-Sixties.
But it wasn’t until 1969 that Rush released what was essentially his first album, Mourning In the Morning, which he recorded at the legendary FAME Studios with the Muscle Shoals Rhythm Section.

Rush continued to tour and record during the Sixties and Seventies,though seemed perpetually dogged by label issues.
For instance,Capitol Records refused to release his acclaimed LP Right Place, Wrong Time, and it wasn’t until 1976 – five years after it was recorded – that Bullfrog Records finally put it out.

In 1994,..Rush released Ain’t Enough Comin’ In, which at the time marked his first record in 16 years.
Two years later,his album, Any Place I’m Goin’ won him the Grammy for Best Traditional Blues Album.
Though that LP would be his last full-length studio effort,Rush contributed to various tribute albums and remained a regular live performer until health issues forced him off the road.

RIP, Otis, and thanks for the music.

RIP Otis - Your music will live on for future generations. 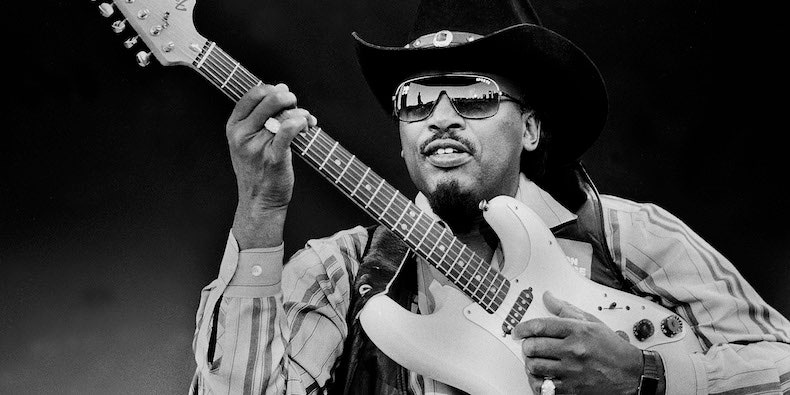