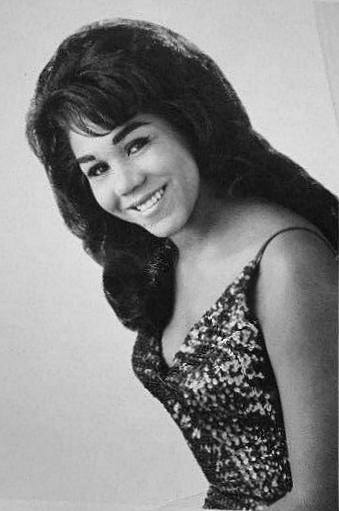 Clydie King, whose earthy, gospel-rooted voice was heard on dozens of rock classics, including the Rolling Stonesí ďTumbling DiceĒ and Lynyrd Skynyrdís ďSweet Home Alabama,Ē died on Monday at 75. Her friend Rudy Calvo confirmed the singerís death to Rolling Stone. A cause of death was not immediately available.
Along with Merry Clayton, Venetta Fields and Shirley Matthews, King was one of the most in-demand backup and session singers of her time. ďI donít remember all the people who I sung for,Ē she said in a 1971 interview in which she estimated sheís sung on 300 records by then. In addition to several tracks on Exile on Main St., the list included hits like Linda Ronstadtís ďYouíre No Good,Ē Arlo Guthrieís ďCity of New Orleans,Ē Graham Nashís ďChicago,Ē and Elton Johnís ďThe Bitch Is Back.Ē King also sang on albums by Steely Dan, Humble Pie, Joe Walsh, Phil Ochs, Carly Simon, Neil Diamond and Ringo Starr as well as the soundtrack to Barbra Streisandís A Star Is Born remake. (King appeared in the film as well as one of the Oreos alongside Fields.
She recorded with both Ray Charles and Bob Dylan, the latter during his born-again years. ďShe was my ultimate singing partner,Ē Dylan tells Rolling Stone. ďNo one ever came close. We were two soulmates.Ē
Born August 21st, 1943, King grew up in Dallas and sang in a gospel choir as a child; she was considered so gifted that she even appeared, at age 8, on Art Linkletterís national TV talent show. King and her family moved to Los Angeles soon after, where she recorded a number of singles for the Specialty, Philips, Imperial and Minit labels.
For three years starting in 1966, she and her longtime friend Clayton were in the Raelettes, Charlesí backing singers. ďWe thought we knew how to sing, but he taught us both how to do it in a group,Ē Clayton tells Rolling Stone. ďWe learned to do what we do and how to be a beautiful woman and how to stand and sit.Ē
Leaving Charles after three years to travel less and spend more time with her children, King became one of the go-to voices starting in the late Sixties and throughout the next decade. In 1974, Clayton was home when she got a call from King about a last-minute session. ďI said, ĎWhat are we singing?íĒ Clayton says, and King told her it was a group called Lynyrd Skynyrd and a song called ďSweet Home Alabama.Ē At first, Clayton refused to do the song ó ďI said, ĎIím not singing about Alabama! I remember those poor little girls killed by racists!íĒ ó but King talked her into it. After the session, King told Clayton, ďWe did our part and this song will live in infamy, Merry. And weíll continually get paid.Ē
Like other backup singers, Kingís attempt to carve out her own career resulted in several solid, but commercially unsuccessful, albums and she returned to singing backup. But her years on the road with Dylanó which can be seen and heard in the recent Trouble No More boxed set ó cemented her reputation. Dylan would often perform duets during the shows; their renditions of ďHeart of MineĒ and Jimmy Webbís ďLetís BeginĒ was a highlight of that era.
King stopped recording in recent years to deal with unspecified health issues, but Clayton remembers her as sweet, but tough. ďShe didnít take any crap,Ē Clayton says. ďShe knew how to put you in your place, but she was so sweet you didnít know you were there until a week later.Ē

I'm a big fan of Clydie King's solo work and her immense catalogue of backing work for some of the best artists in the business. Here she is far right as part of the Blackberries. An amazing  performance on all levels:

Lucky to have picked up her 70's solo albums Brown Sugar, Rescue Me and Rushing to Meet Me a couple of years ago on the South Korean reissue label Big Pink and when out record hunting and I see an album with Clydie on backing vocals I'd buy it without hestitation.

Had the pleasure of seeing her with the Pie at the gig that eventually became the live side of their Eat It album.